Why do some babies throw up milk after feeding? 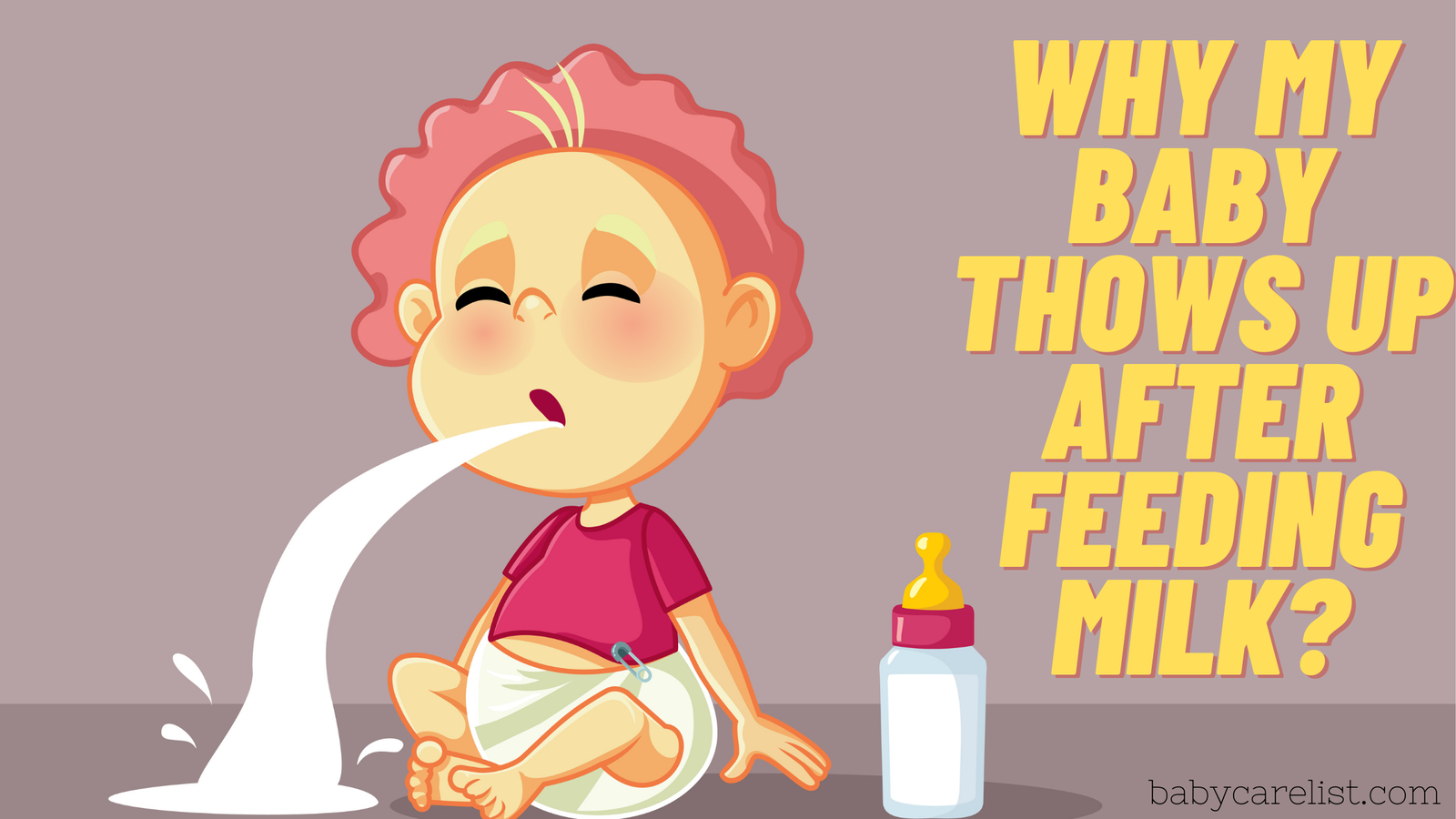 The first year my daughter was born was magical and totally special.

I not only learned many things but did with very little practice such as carefully bathing a newborn, feeding, getting her to sleep, and many in-between nuances.

Of course, there were many panic situations also and with no exception to sometimes throwing up all the milk/formula feed.

It doesn't scare you when vomiting happens once bringing all the food fed for so long back… but if it happens again and again making you more alert since the baby's stomach is not accepting any food for a long time!

I found this one very concerning as it made us be on the edge when throwing up starts and we have to decide the point at which we might start thinking of calling a doctor or rushing to emergency out of concerns.

Most of the parents suffer from these questions - “Why my baby seems different when other babies I have seen are so normal?”, “Is there some issue with my baby which I am not seeing though?”, etcetera?

The same thing happened to me and the guilt that I might not be doing my duties right was overwhelming.

So I decided to do whatever I can to address this issue and did quite a bit of study.

Through this article, I explain my findings and practical tips that might help in coping with this “Throwing up after food intake” problem and when to look into serious medical advice.

What causes projectile vomiting in babies?

There are various reasons for vomiting, and let's explore them now in most likely ones and move towards rare ones. While usual dribbling back of food is ordinarily harmless, projectile vomiting (vomiting in such a way the food return forcefully seeming like a fountain) is not to take lightly.

Use the below section as a kind of checklist to optimize feeding and point out any early warnings.

Are you sure you are not overfeeding the baby?

New parents make the most common mistake since they do not have a feedback loop from the baby that it had enough, especially in the early months.

Keep an eye on the portion and by trial and error of decreasing food quantity, try to arrive at the sweet spot, which is a comfortable portion for your baby.

You can also pay attention to the baby's subtle body language cues that change over time during feeding.

When my daughter was two months old, I bought a feeding bottle without checking age appropriateness, and we started getting projectiles of vomit.

After careful attention, we understood that the feeding bottle nipple had a bigger hole for babies of more than six months.

For some of the babies, these differences might not matter at all. But there will be few sensitive newborns who take more time to adjust to the outside world.

Are you letting the baby lay down horizontally right after feeding?

Hold the baby upright while gently patting the back in a downward motion.

The “burping” method results in a baby letting out a good burp within 20 mins, which means food reached the stomach properly.

In the early days, the baby’s body is still growing, varying.

In some cases, the muscles at the top of the stomach (whose primary function is to prevent food from going back up) are not fully developed.

In these cases, smaller feed portions and breaks during feeding help.

Can it be that the baby is simply crying loudly for long hours even after feeding, pooping, and otherwise healthy with no sign of any issue?

Colic has no firm reason but is generally described as the irritating condition of the baby while it tries to adjust to the new world over a while.

Try Gripe water used by many parents (including me) to relieve colic pains.

How much time has passed since the little one pooped?

Was it Dry/pelleted/baby struggled during pooping?

Gently press the stomach to sense if it has hardened.

Constipation creates back pressure on the digestive system from accepting more feed until old is expelled.

But babies, unaware of these senses yet, receive food as it comes and sometimes fails to communicate to parents.

If you feel constipation is persistent, try seeing a pediatrician.

Do you keep your baby too much wrapped up?

Do you think the baby's body temperature is relatively high but not as high to qualify as fever?

Most parents make this common mistake that the baby needs to be kept warm all the time.

What is required is the right balance based on external weather and temperature.

Was the baby in the car or any modes of travel while this vomiting is observed to be more?

Some babies cannot tolerate the movements, especially on curvy roads and if they just had food.

This was the root cause that took some time to figure out in my case.

I am lactose sensitive (sometimes I can digest milk/dairy products, and most of the time not). So it was apparent that chances of my baby inheriting were higher.

When we stopped lactose-based food, including formula, there was the complete stopping of vomiting.

Try a Lactose-free formula for some time first, and if you see the improvement, consulting a doctor for lifestyle advice would be the ideal.

Some common medical problems are

Most of the above advice takes not more than 24-48 hours to check and rule out.

Suppose the baby is still vomiting (sometimes arching the back is observed before vomiting in severe cases), chances of some kind of infection in the body.

Pyloric Stenosis is the condition when food struggles to enter the intestine from the stomach.

A pediatrician should be able to ascertain this.

Intussusception is a rare condition where the intestine telescopically folds inside, causing food jam.

A pediatrician should be able to ascertain this.

This article aims to keep the reader aware of all possibilities of the vomiting baby can experience during feeding.

Parents are advised to rule out common reasons first and take immediate medical advice if the symptoms persist. We would like to reiterate that this article is not professional medical advice.

Finally, sensing and adapting to a feeding routine that babies feel comfortable with is the key to a natural healthy baby. Try to observe the baby’s reaction every time you experiment, like fewer portions, more breaks, burping, etc. That should hopefully resolve most of the concerns.

Your baby thanks you for that 🙂